The Doll Project is a series of conceptual digital photographs that uses fashion dolls to embody the negative messages the media gives to young girls. Though it would not be fair to blame it all on Barbie, there have been many instances in which she has come dangerously close. I chose to use Barbie dolls because they are miniature mannequins, emblems of the fashion world writ small, a representation of our culture's impossible standards of beauty scaled to one sixth actual size. The little pink scale and How To Lose Weight book are both real Barbie accessories from the 1960s. They are recurring motifs in the pictures in the series, symbolizing the ongoing dissatisfaction many girls and women feel about their weight and body image. The dolls' names, Ana and Mia, are taken from internet neologisms coined by anorexic and bulimic girls who have formed online communities with the unfortunate purpose of encouraging each other in their disordered eating. With each passing era, Ana and Mia are younge unrealistic expectations of a society that digitally manipulates images of women in fashion and beauadvertisements and value their own bodies only as objects for others to look at and desire. 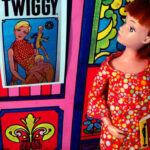 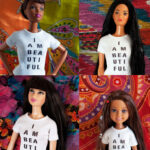 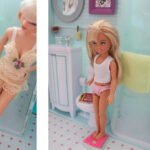 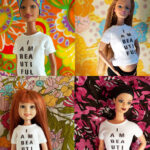 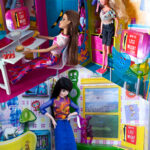 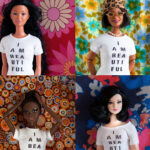 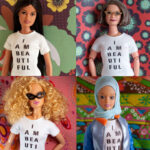 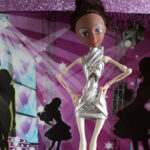 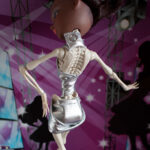 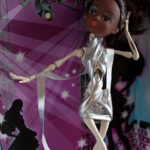 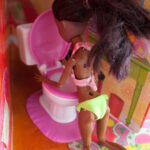 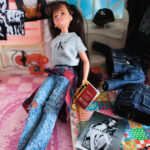 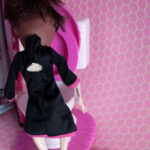 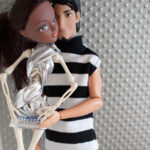 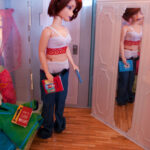 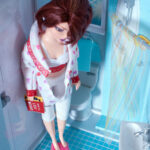 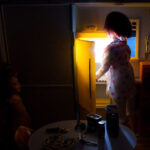 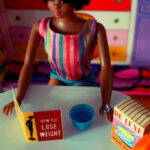 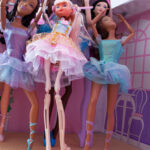 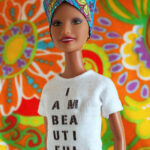 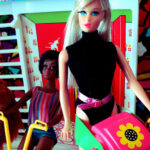 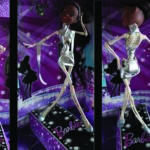